I’m not sure when it started or who started it exactly, but in a lot of churches it’s a tradition, on the second Sunday of Easter, to read the story of Thomas. He is the one disciple who wasn’t there on that first Easter night when Jesus first appeared to the assembled disciples. If you don’t know the story you can read it here (John 20:19-31). The gist of it is that on the night of that first Easter, after Jesus rose from the dead, and all the disciples were together, except for Thomas, the risen Jesus appeared to them and showed them that he was very much alive. He does several other very mysterious things too. He breathes on them, tells them to “receive the Holy Spirit” and then tells them that “If you forgive the sins of any, they are forgiven them; if you retain the sins of any, they are retained”. But Thomas missed the whole thing, and so when the others tell them what happened he doesn’t believe them.

Here’s my big question: why did Jesus choose to first appear to his disciples when Thomas wasn’t there? Was it just an accident? Did Thomas just happen to step out at the last second before Jesus appeared? Or could it be that Jesus meant for Thomas to miss him? Could it be that Jesus carefully timed his appearances so that Thomas would miss the first one, perhaps in order to teach his followers something?

Of course, the risen Jesus does eventually appear to Thomas and Thomas comes to believe that Jesus is risen from the dead, and more than. He calls Jesus “my Lord and my God!” and it’s here where it really starts to look like Jesus was trying to teach them something, something about what it means to believe in him and how it is that most people are going to come to believe in him without seeing him.

In fact, I think Jesus may be trying to teach us something with his very carefully timed appearances to his first disciples. I think he is showing us how it is that we as a community of disciples and followers of Jesus and doubters may be called to help one another encounter the risen Jesus.

I hope you can join us on Sunday as we work out together what it is that Jesus is trying to teach us.

Until then have a very blessed first week of Easter!

St. Paul’s is looking for a motivated, creative, and self-disciplined candidate who is eager to help build up the Church, serve the wider community, and develop his or her gifts in the areas of Christian leadership and community engagement.

The candidate must be at least 16 years of age and returning to school, college or university in the fall. The position will run from July 4 to August 29, 2017.

The successful candidate will be responsible for some custodial duties in and around the church property, as well as supporting the larger mission of the parish by working with the Hampton Community Garden, the Children’s Gardening Program, the Sunday Morning Children’s Program and Vacation Bible School.

Please submit your résumé to the parish office by May 7th, 2017. 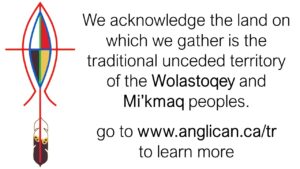 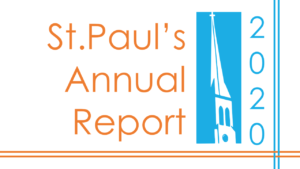